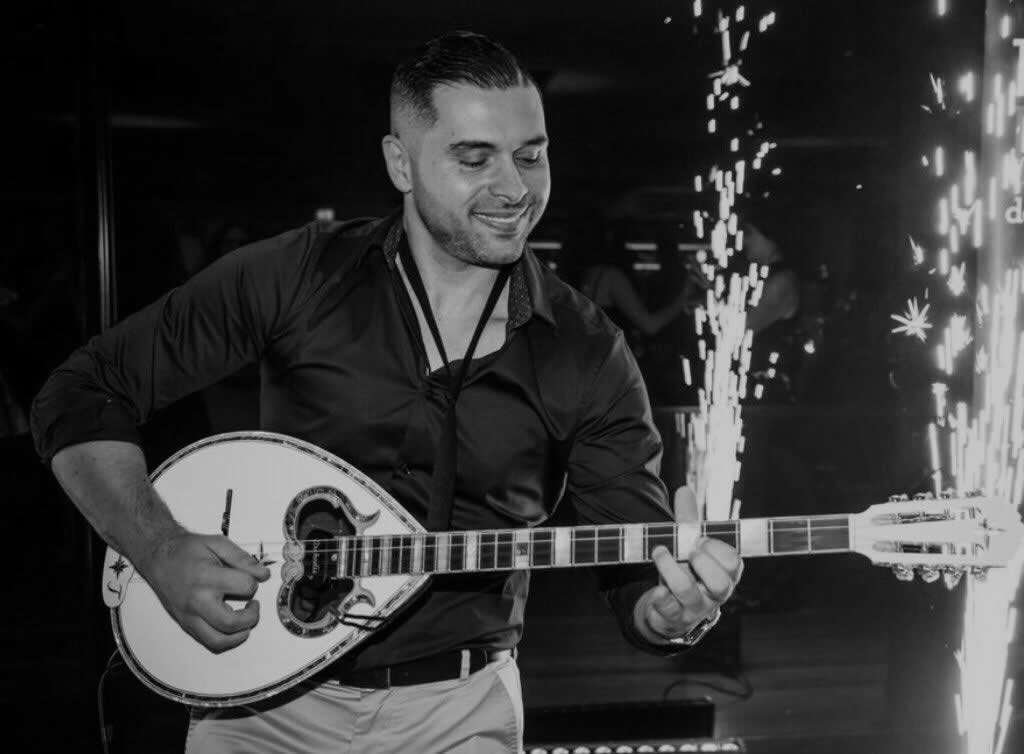 Tommy Tsonis is the best bouzouki player in Sydney. He has been entertaining wedding guests for over 25 years and was voted as one of the most popular bouzouki players in Sydney by The Knot in 2013. Tommy’s deep understanding of what makes a good bouzouki player, his vast repertoire, and his experience playing at weddings all make him one of the best musicians to hire for your wedding day entertainment.

At weddings, bouzouki players are one of the most popular wedding entertainment choices for guests. The sound of a bouzouki can be universally appealing to people who have never heard it before but those familiar with its sounds will instantly recognise an authentic bouzouki player and enjoy their music even more. In general, there is something about traditional greek songs that make them emotional and memorable which sets them apart from regular pop or rock tunes that may not evoke as much feeling in listeners. This means they are ideal for playing at your wedding day where you want everyone thinking back on the fun memories long after all the festivities have ended!

People often hire bouzouki players in Sydney because these instruments offer such diversity in musical styles . Whilst bouzoukis are traditionally associated mainly with greek music, they can also be integrated into a wide variety of other genres. This makes them an excellent choice for wedding entertainment because it means one person is capable of playing everything from traditional tunes to rock and contemporary songs which will keep the party going all night long!

Tommy Tsonis is the go-to bouzouki player in Sydney when you need a bouzouki player who knows how to perform at your event. Whether you want someone classical or more modern, he has what it takes to make your day complete. Tommy has been featured on Greek TV before so if that tells you anything about his abilities then we don’t have to tell you any more!

Tommy loves to travel to around Australia for weddings, christenings, parties and events to provide his services as a bouzouki player.

“The best bouzouki player in Sydney is Tommy Tsonis, who travelled from Sydney to Melbourne to play at my wedding three years ago and was absolutely brilliant! He even made time for two rehearsals with me beforehand so that everything would be perfect on the big day. In addition to being an excellent musician, he’s also very personable and fun during the reception too; I’ve never seen a better bouzouki player before or since! Not only did we enjoy his music but our guests loved it too – everyone had been looking forward eagerly for him all evening (even though they were probably unaware of what type of instrument he played)! The atmosphere kicked up ten notches…”

Tommy Tsonis is one of Sydney’s most sought after bouzouki players for weddings, rituals or any other celebrations you may be looking for someone to provide traditional Greek bouzouki music at your event! He is highly rated on Facebook and Google with reviews from his past clients praising his skills. Tommy has also performed live many times including playing at venues such as La Boite Theatre (Brisbane), The Erskineville Kings Arms Hotel (Sydney) and more recently he has been a guest performer and bouzouki player with the Sydney Symphony Orchestra.

You won’t be disappointed if you book this talented bouzouki player from Sydney for your next event.

For local and international booking enquiries for Tommy Tsonis or any artists and performers managed by Tommy Tsonis Entertainment for weddings, christenings, birthday celebrations or corporate events or for a complimentary consultation with Tommy, please get in contact today.

Choose from a fine selection of Greek Bouzoukia and more.